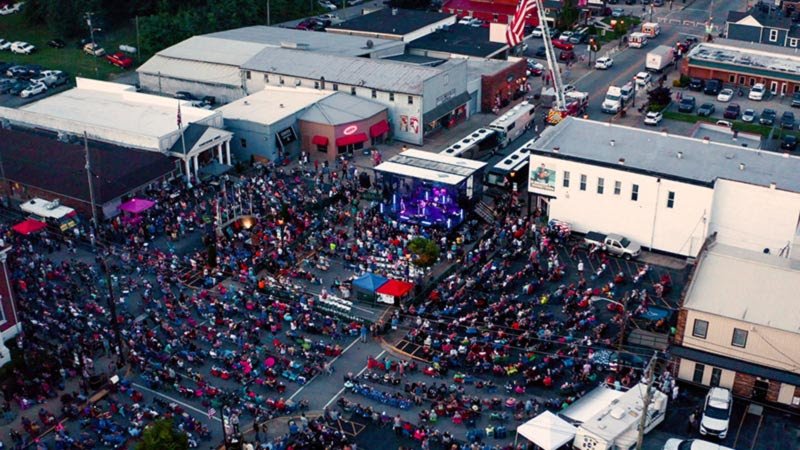 “Hometown In My Headlights” Music Video Premiered By People.com

JD Shelburne New Album, Straight From Kentucky Breaks Top 10 On iTunes Country Chart Following Chris Stapleton, Jimmie Allen, Lady A, and More
“JD is one of our favorite new artists at CMT! He’s been part of many of our artist franchises and video premieres! This new song is next level for JD and time for everyone to pay attention.”

“For those of us who know, JD Shelburne is already a superstar. Now with the release of his new album “Straight from Kentucky”, the rest of the world will discover JD’s incredible talent. Songs like “Hometown In My Headlights” and “Sunburn” are sure to be blasting out of car stereos, coast to coast all summer long! JD Shelburne is the rare combination of incredible talent with true artistry, and an even better human being. “Straight From Kentucky” is the album that will sit nicely with the classics in your record collection!”

JD Shelburne’s new album Straight From Kentucky is an awesome collection of well-written songs performed incredibly well. Shelburne has been honing his craft for a long time now and I believe this project will launch him into a whole new level of success… and big-time success is what this guy deserves, He is the real deal!”

“This should be a number one single. It’s what you get when you match a great singer with a great song. Best line in the song is “a party in the parking lot.”
– Lee Greenwood

NASHVILLE, Tenn.- Country music standout, JD Shelburne proved Saturday night that even though his address may now be in Nashville, his heart will always be in Taylorsville, Kentucky as he performed in front of thousands during his Hometown Show and album release party for his new record Straight From Kentucky. Shelburne performed many fan favorites and recent singles such as “Bottoms Up Sundown,” “Church Pew Bar Stool” and “Hometown In My Headlights,” as well as other tracks included on the album. During his Hometown Show, Shelburne was able to share with everyone that Straight From Kentucky had reached #9 on the iTunes Country Charts, trailing Chris Stapleton, Jimmie Allen, and Lady A. Straight From Kentucky is available to download and stream on all digital services now!

“It was surreal looking out amongst the audience and seeing so many people who are so dear to me,” shares Shelburne. “Taylorsville, Kentucky will always be my home. It felt more like a family reunion mixed with high school friends, church members, and everyone in between. Thank you to everyone who came out to the show and for buying my new album. Also, thank you to each one of the sponsors for making this whole event possible.”

Shelburne kicked off 2020 with the release of the album’s first single, “Straight From Kentucky.” Shortly after the single was available, the live entertainment industry came to a screeching halt. Although the year was full of twists and turns, Shelburne was determined to stay connected with his fans and ultimately released “Church Pew Bar Stool” and “Bottoms Up Sundown,” which are both featured on the album. Shelburne has been a force in the music industry, with features from CMT, GAC, People, Newsmax, and NBC, and his busy tour schedule proves his fans always want more. He graced the cover of the 2020 Kentucky Tourism Visitor’s Guide which shares travel tips, stories, and regional highlights for tourists and visitors. With the easing of pandemic restrictions, the Kentucky native and new father is ready to hit the road. After building close bonds with fans through live virtual performances during quarantine, he has announced several upcoming tour dates including Sunday, July 18th at LIVE ON THE LAWN at Louisville’s Waterfront Park where he will open for ZZ Top and Black Stone Cherry! Shelburne has a lot in store for the upcoming months that country music fans will not want to miss!

To keep up with JD Shelburne, follow his social channels linked below.

His debut single and video for “One Less Girl” world premiered on CMT in 2018, and then went on to become a Top 30 Music Row charted song at country radio. CMT again world premiered his second song and video for “She Keeps Me Up Nights” in April of 2019, which peaked at #3 of their 12 Pack countdown series. In 2020, Shelburne was featured on the cover of the 2020 Kentucky Tourism Visitor’s Guide, Kentucky Living, and was the May Artist of the Month for Texas Roadhouse. JD’s video for “Church Pew Bar Stool” hit #1 on CMT’s 12-pack countdown and he was recently honored with a display at the Kentucky Music Hall of Fame as well as a formal acclamation from Governor Andy Beshear of Kentucky, honoring JD Shelburne for his accomplishments in country music. His new album Straight From Kentucky is available now.

To keep up with new music and upcoming show announcements visit www.jdshelburne.com.