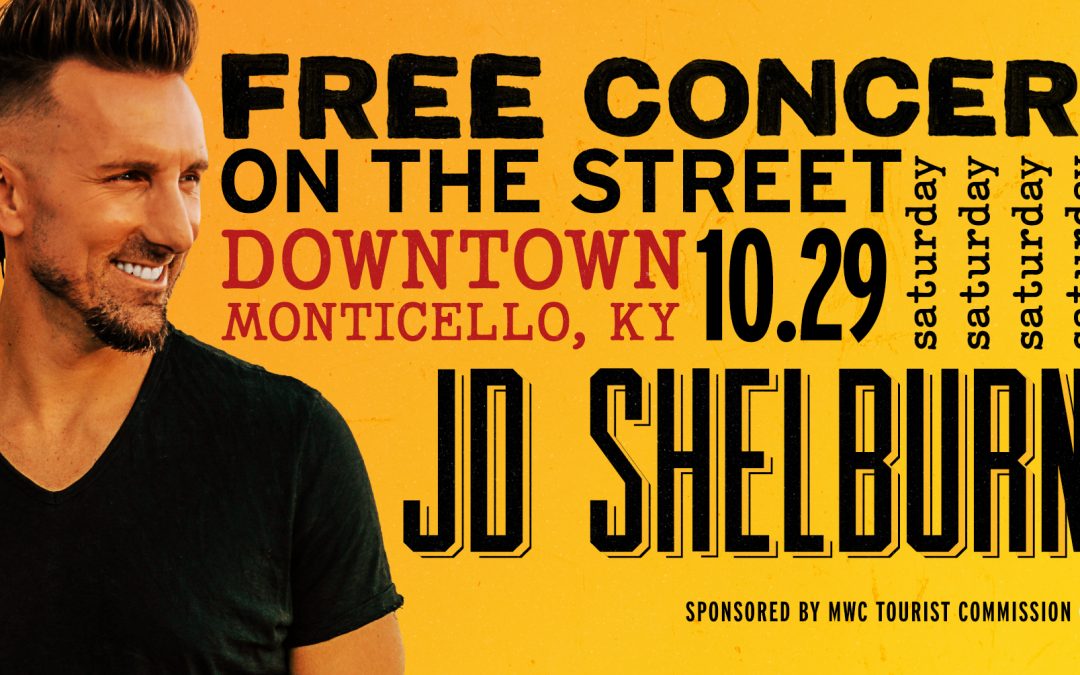 #JUSTANNOUNCED: The MWC Tourist Commission presents Kentucky Native JD Shelburne LIVE IN CONCERT in Downtown Monticello, KY! The concert will be FREE to the public and will be hosted on Saturday Oct 29th! Concert will kick-off at 8pm!

In 2021 alone, he opened for ZZ Top, entered the iTunes Country Top Ten, drawn thousands of fans to a hometown show that made NBC national news, and resumed one of music’s busiest tour schedules. Then, to top it all off, he has released his best album to date, Straight From Kentucky, a project People called “an all-encompassing look into the heart and soul of the kid that grew up on a tobacco farm loving country music.”

It’s a year that has turned him from regional powerhouse to one of music’s fastest-rising national stars, an explosion of popularity with its roots in the uncertainties of 2020.

He has exploded in 2022, playing over 150 shows and continuing to build his fanbase. His next music video premières on CMT.com in August!