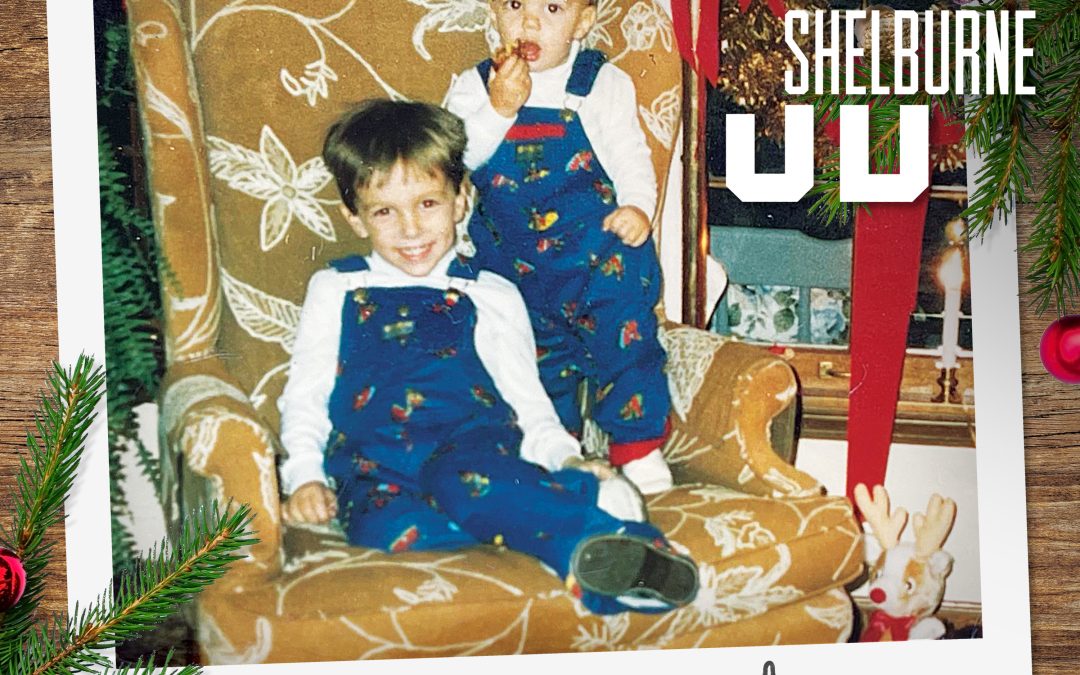 NASHVILLE, Tenn. – Country music singer-songwriter JD Shelburne shows off his sentimental side, reflecting on the past with his new rendition of the timeless classic “The Christmas Song (Chestnuts Roasting On An Open Fire).” Shelburne chose to release this single for the holidays as a symbolic memory of growing up in Taylorsville, Kentucky on his family farm, where the house was filled with love and fellowship was plentiful. With Nat King Cole on the record player and his brother by his side, memories were made that continue to impact his life now as a father. The Christmas Song (Chestnuts Roasting On An Open Fire) was premiered by Taste of Country and is available now on all streaming platforms.

To view Shelburne’s premiere with Taste of Country, visit HERE.

“When spending the early part of Fall listening for a Christmas tune to record, I knew The Christmas Song (Chestnuts Roasting On An Open Fire) had to be in my holiday collection,” shares Shelburne. “It’s honestly been one of my childhood favorites growing up in Kentucky. It’s one of those 1940’s Classic Christmas tunes that immediately takes me back to the family farm and so many great Christmas memories surrounded by my family. I have so many favorite holiday songs and this one has been in my top five since I was a kid, so I knew I had to record it eventually. I am excited to share this song with my fans in hopes that I can put them in the spirit a little early this year. Also, I wanted to make the album cover a little more special this season by using my mother’s handwriting to write the title “The Christmas Song” – the cover is a photo of my brother Tommy and I back in 1987.”

Shelburne continues to make positive impressions in the music industry with his most recent album Straight From Kentucky which reached #9 on the iTunes charts in 2021, and features from CMT, GAC, People, Newsmax, and NBC. His single “Hometown in My Headlights” climbed to #2 on the CMT 12 Pack Countdown and reached #46 on the Music Row Country Breakout Chart. The fan-favorite song was written by Tommy Cecil, Brandon Ray & Jared Mullins, and produced by O’Donnell. His current single “The Road I Grew Up On” was premiered by Heartland TV and CMT.com and continues to be a fan-favorite at every show. Shelburne has a multitude of tour dates listed below that you will not want to miss!

Listen/stream/buy “The Road I Grew Up On” HERE.

For more information, tickets, and to keep up with JD Shelburne, visit his website and follow his social channels linked below.

YouTube | Instagram | Twitter | Facebook | TikTok
About JD Shelburne:
Nashville-based country music artist JD Shelburne was raised on a tobacco farm in Taylorsville, Kentucky, just outside of Louisville. When JD was 19, he found a guitar after the death of his grandmother. He quickly learned how to play it, and began writing and singing songs on his own. By his sophomore year of college, he had found a few gigs at some local bars in Louisville & Lexington, Kentucky area venues, developing a large base of fans along the way.