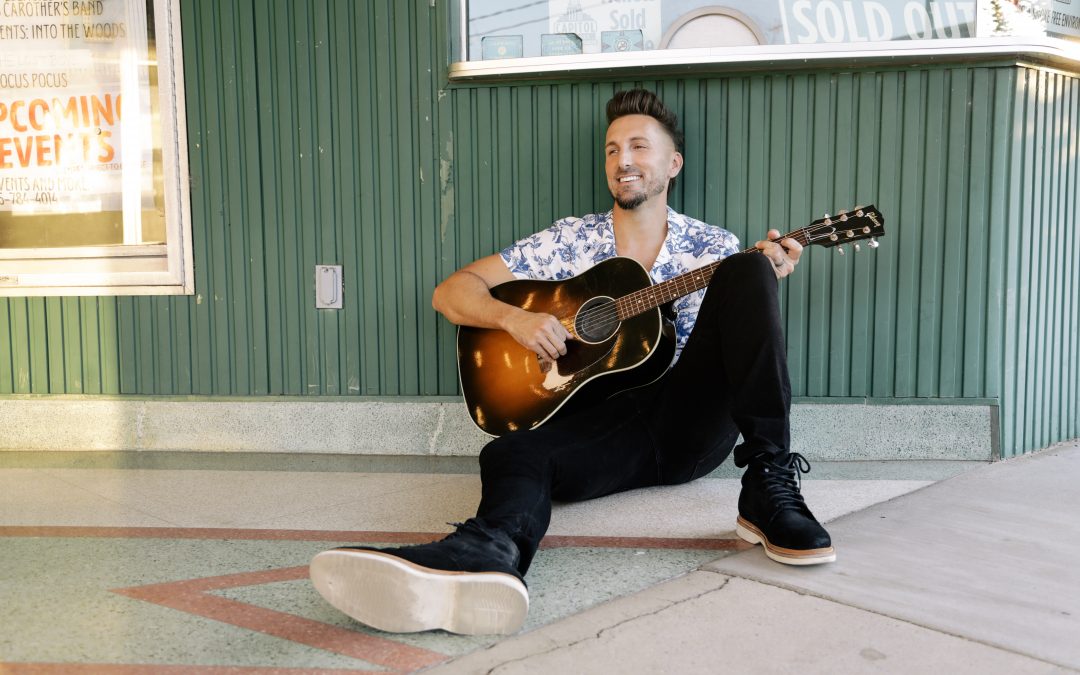 J.D. Shelburne found himself back home in Kentucky, looking at pictures of holidays gone by. And it was in that moment that he was reminded of how fast time passes by and how special Christmas really is.

“Growing up at my house, Christmas was everything,” says Shelburne during an interview with Taste of Country. “We celebrated Christmas for two months.”

One picture especially caught Shelburne’s attention during that recent trip home, as it was one of him when he was just a little kid with a big smile on his face.

“That picture was taken at our old house on Stevens Lane in my hometown,” remembers Shelburne. “I remember we would get so mad at Mom because she would want to dress (my brother and I) up in Christmas outfits for the whole day and take photos for our Christmas album. And back in the day, those pictures were taken on an old Polaroid camera.”

“I still remember that old ugly chair,” he says of the chair now featured as the cover art for his new rendition of the 1945 holiday classic “The Christmas Song.”

“Literally, it was reupholstered probably 10 years later. It came with me to my first year in college. I threw it in the dump years later, but I wish I still had that chair.”

But Shelburne does have the picture, and he does still listen to the music that takes him back to those simpler times. That’s something that he hopes happens for all those who listen to his version of “The Christmas Song,” a holiday classic that’s been sung by a long list of country stars including Luke Bryan, Keith Urban and Dylan Scott.

“I have always loved this song,” he says of his rendition of “The Christmas Song,” premiering exclusively on Taste of Country. “Back when both my grandparents were alive, we would sit in the living room with a fire on and watching A Charlie Brown Christmas or something on TV, and this song would always be playing in the background. I don’t know. It’s just one of those songs that really puts you right in the mood for Christmas.”

Heck, the Shelburne family is already in the holiday mood.

“Our Christmas tree goes up in November,” exclaims Shelburne, who says he is looking forward to having some time off the road to spend with wife Amy and son Jax this year over the holidays. “I just love just the Christmas lights and it just puts me in the spirit. And these years now with Jax go by way too fast. I feel like he’s starting to grasp what’s going on, which is going to make this Christmas season even more special.”