J.D. Shelburne Amps Up the Holiday Anticipation With ‘It’s Beginning to Look a Lot Like Christmas’ [Exclusive Premiere] 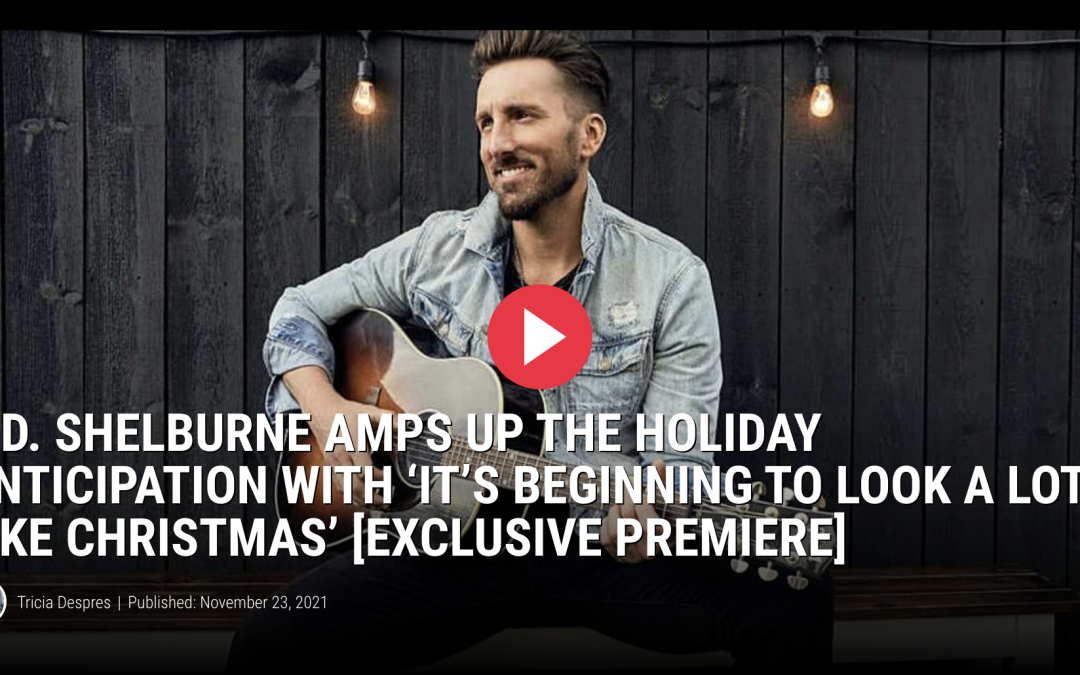 J.D. Shelburne remembers it like it was yesterday: The warmth of Grandma’s house, where he and his family would gather every year, Christmas carols playing in the background … and for this rising country star, there was always one song in particular that he hears playing in his memories.

That song was “It’s Beginning to Look a Lot Like Christmas,” and his version is premiering exclusively on Taste of Country.

“When going into the studio last month, I knew exactly what song I wanted to record,” he says of his rendition of the 1951 classic. “So many great memories to remember and cherish, and this song always takes me back to those days.”

“It’s one of those legendary holiday classics that is always in Christmas movies and on everyone’s favorite holiday playlist,” Shelburne adds. “It just puts you in the spirit!”

You’ll find the country singer in that spirit now, as he preps for the most joyous season, which he’ll spend with wife Amy Jo and son Jax, making new memories.

“Mama is cookin’, Jax is down for a nap, and Home Alone is on,” Shelburne wrote recently in an Instagram post that shows his family’s festive decorations. “I love it!”

While the Kentucky native admits that he loves everything about this season, he shares that he was pushing himself vocally when he decided to record “It’s Beginning to Look a Lot Like Christmas.”

“I knew if I recorded this song, it would be a vocal challenge and would take me outside my wheelhouse of prior recordings,” he says. “That’s the main reason why I chose this song. The melody has a jazz feel to it and that’s what sold me when recording with the band in studio.”

It’s this sound that has attracted a loyal legion of fans to the towering Shelburne, who has opened for acts like Riley Green, Chris Young and Montgomery Gentry, and whose Hometown Show in Taylorsville, Kentucky brought out thousands of eager patrons. Shelburne looks to have a big 2022 planned already, too — he’ll continue to play shows across the country in support of his current album Straight from Kentucky.

Shelburne’s current single,” Hometown in My Headlights,” is making its way up the country music charts.