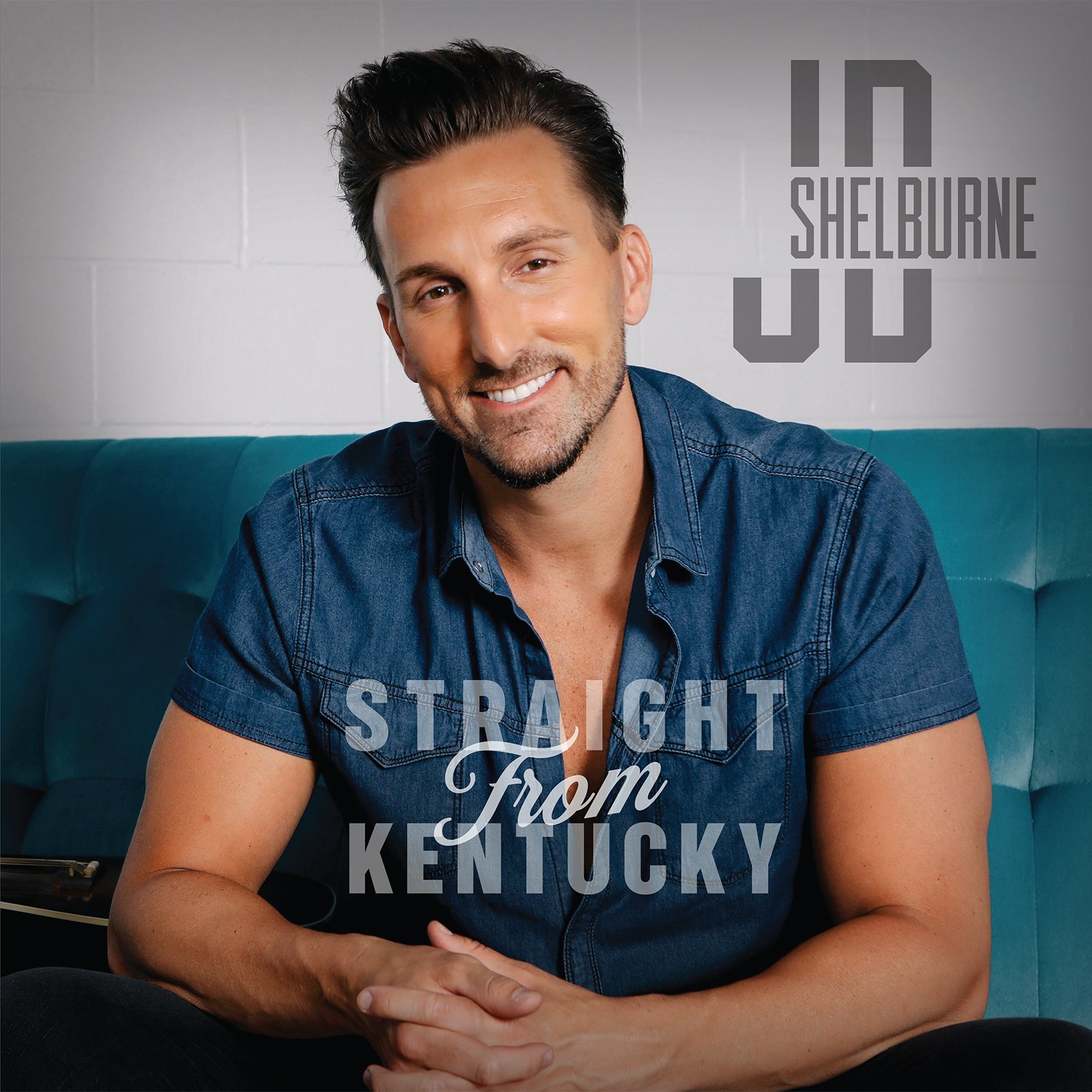 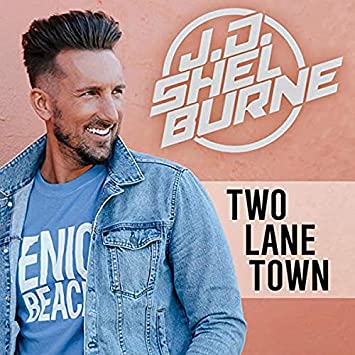 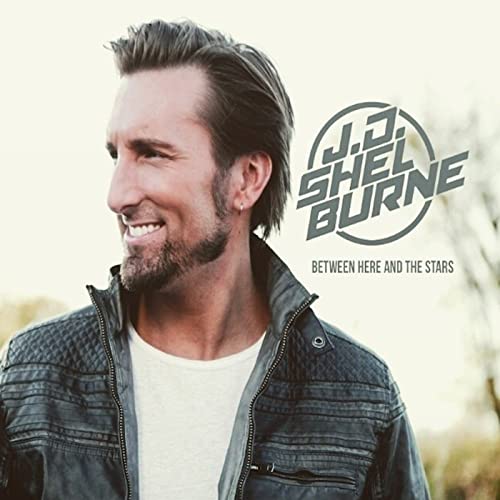 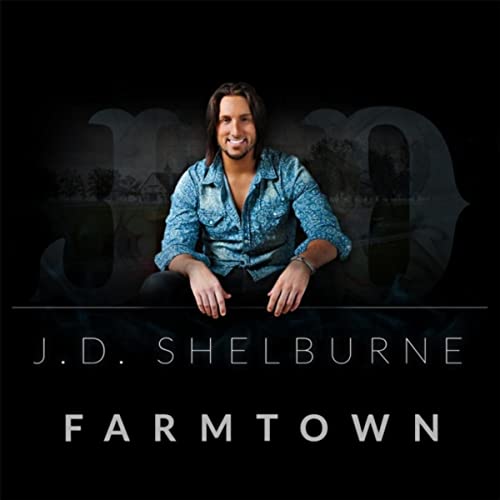 POP UP SHOW tonight at the @goldennuggettavernloui

Thank you @assemblyfoodhall Nashville for having u

Just got this photo via text from Santa. He tells

We took Jax to the @nashvillezoo this afternoon fo

Join us this Thursday at @assemblyfoodhall Rooftop

2021 has been such a great year of accomplishments

Book JD Shelburne for your 2022 Fair/Festival at j

#JUSTANNOUNCED This THURSDAY night, we start our R

It never gets old walking up for lunch at @texasro

“I couldn’t have asked for a better year,” says JD Shelburne, whose 2021 was the kind of launching pad any artist would envy.

In 2021 alone, he has opened for ZZ Top, entered the iTunes Country Top Ten, drawn thousands of fans to a hometown show that made national news, and resumed one of music’s busiest tour schedules. Then, to top it all off, he has released his best album to date, Straight From Kentucky, a project People called “an all-encompassing look into the heart and soul of the kid that grew up on a tobacco farm loving country music.”

It’s a year that has turned him from regional powerhouse to one of music’s fastest-rising national stars, an explosion of popularity with its roots in the uncertainties of 2020.

“I’m so glad I was able to use 2020 to regroup, to engage almost daily with my fans online, and to write and record music I’m really proud of,” says the native of Taylorsville, Kentucky. “That let us hit 2021 full-tilt.”

Full-tilt describes JD’s approach to everything. He can rock a crowd like few others can, a skill he’s honed with a 200-plus-shows-a-year work ethic that earned him a mention in Billboard. Then, he can turn around and tear at your heartstrings with a ballad that cuts to the core of life and love. Both sides are represented on Straight From Kentucky. Produced by Phil O’Donnell, JD’s latest sums up as never before this blue-collar success story, proud of his roots, connected to his audience, and making the most compelling music of his career.

“This is probably the best collection of songs I’ve ever released,” he says. “There is something about Phil’s approach to music and songwriting that connects with me, and he helped me dive deep and find my authentic sound.” That sound combines infectious energy and a distinctive, always believable voice, and this album, produced by a man known for his work with the likes of Craig Morgan and Chris Janson and for writing #1’s for George Strait and Montgomery Gentry, more than captures the magic.

Straight From Kentucky is a series of true-to-life vignettes dealing with the quest for release, romance, and redemption. Its cornerstone is a title track JD calls “an anthem for my people. I’m still partial to where I’m from. I spend time there when I’m off the road, and I carry its spirit with me everywhere I go.”

While it’s not surprising that the album’s ”Hometown In My Headlights” is about embracing your roots, the song’s feel was as important to JD as its message. “The title drew me in,” he says. “I wanted an authentic anthem, something that says ‘today’s country,’ and I just love the drive, the groove, the party feel, something I really wanted on the album.” So did CMT, which added the video straight out of the box.

“Sun Bleached Polaroid” looks back on a perfect moment in time, while “Sunburn” is a pure slice of country life with JD’s authenticity running through every note and phrase. “Country Boy’s Girl” is a modern, “homemade, homegrown” love song, and “Bottoms Up Sundown” embodies the pure release of a cold one, a guitar, and good friends after a hard day’s work in the country. Together, they help build a picture of the place where life and music come together.

JD calls “Fine By Me” “my wife’s favorite song. When Phil pitched it to me, I couldn’t believe it hadn’t been cut yet, and I knew it had to be part of the album.” Finally, there is “Church Pew Bar Stool,” which made its video world premiere on CMT and CMT Music on July 1st. “I’m so thrilled to have CMT’s support for the record,” he says. “It was the first song I recorded and I loved it from the moment I heard it. My upbringing was in a small-town Baptist church and I related to the song and the lyrics, about finding our own ways to ‘do what He would do.’ In times like these, I think it should hit home with a lot of people.”

The record is the latest in a career on an ever-upward spiral. The video for JD’s single “One Less Girl” premiered on CMT as well, while the song earned thousands of online views, aired on dozens of country radio stations nationwide, and appeared on Nashville’s prestigious Music Row chart. Another single, “She Keeps Me Up Nights,” topped the CMT 12-pack Countdown chart.

JD’s other accomplishments are as diverse as they are impressive, including appearances on GAC, articles in Country Weekly Magazine, a debut as the #1 trending artist on CMT.com, and live performances at over a hundred fairs/festivals spanning the eastern U.S. He has been part of the CMA Music Festival, the NCAA Women’s Final Four, and the Quaker State 400 NASCAR Race, and has performed at SunTrust Park, Guaranteed Rate Field, Great American Ballpark, Freedom Hall, and Rupp Arena, to name just a few, opening for Miranda Lambert, Craig Morgan, Chris Young, Marty Stuart, Jamey Johnson, and Montgomery Gentry, and sharing the stage with over fifty national acts. He was also featured as the Texas Roadhouse Artist of the Month nationwide in May 2020 in 580 restaurants, a feat shared with the likes of Kenny Chesney, George Strait, and Rodney Atkins.

But few accolades match the chance to share the stage with the Texas trio enshrined in the Rock and Roll Hall of Fame.

“Opening for ZZ Top has to be my biggest career moment,” he says. “If you’d have told me I’d be getting that chance when I first started playing music in college, I’d have thought you were crazy.”

For JD, the highlight reel is long and growing. He has made numerous appearances at the Kentucky Derby and his outfits have been featured on display in the museum at historic Churchill Downs. He performed the Kentucky state song at the capital by request of the state’s Senate and House of Representatives, and he was part of Hometown Rising in Louisville, headlined by Tim McGraw, playing for a crowd of tens of thousands. He has been featured in Kentucky Monthly and Kentucky Alumni magazines and was named Most Outstanding Alumnus of the University of Kentucky’s College of Communication and Information in 2016.

In addition, JD has raised thousands of dollars for charities including St. Jude Children’s Hospital, Blessings In a Backpack, and Susan G. Komen for the Cure to name a few.

One of the hardest-working singers in show business, JD was recognized by the artist platform website, BandsInTown, for playing the most shows of any of its half-million artists, a feat that earned him a mention in Billboard in 2019.

Though he’s always been passionate about music, JD was a late bloomer when it came to entertaining. He grew up on a tobacco farm with his mother, a schoolteacher and father, a principal. There, he was instilled with “a strong work ethic, a love for family, and having a passion for what you do. My hometown of Taylorsville has provided me with a large platform to help share my story and chase down my dreams.”

Everything changed after his grandmother’s funeral.

“I was 19 when she passed away,” he says. “I’d been at college in Lexington for a few months and when I went home for her funeral, I found a guitar in her closet. I took it back to college and got the itch to play it. I played every single day in my apartment, in between classes. My dad also had the keys to the church back home, and I’d go play in the sanctuary, practicing singing through a microphone. There was just something about developing my craft in an empty church sanctuary. That’s where it all started for me back in 2002 and it just all came naturally.”

Friends advised the young singer to start playing clubs as his passion for music and entertainment grew, and he started to sell out shows and build a large loyal following. Then, he began driving to Louisville to launch a wider musical journey, moving to Nashville after graduating college.

“I haven’t looked back since,” he says.

Fans who have followed him since the early days know just how impressive his combination of talent and dedication is, and as they follow him on social media, they are learning how he balances that drive with family.

“Music and family are where it’s at,” he says. “I really feel blessed on the personal side with my wife and our son Jax. And I noticed that when they’re in a video, I get more traffic. People want to see our inside lives—it’s not just about the music. No matter how weird the world gets, we have something in common—music and family, and performing and recording is my way of sharing those.”

Those fans are the ones who crowded the streets of Taylorsville to celebrate their home-town hero, an artist they’re now sharing with the world.

“That homecoming gig was such a thrill,” says JD. “This is a journey we’re taking together, and I’m grateful for every face in that crowd, and for the support that’s been the basis of this entire career.”

And given that support, for the man who earns it with each performance and recording, the sky is the limit. 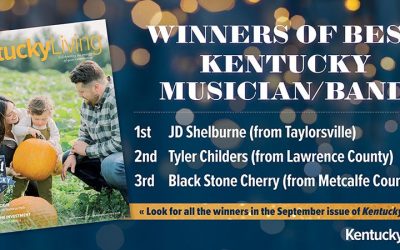 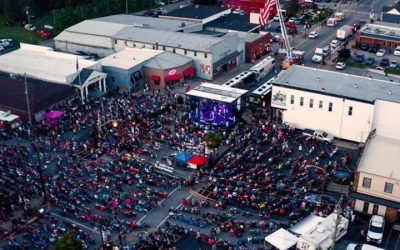 “Hometown In My Headlights” Music Video Premiered By People.com JD Shelburne New Album, Straight From Kentucky Breaks Top 10 On iTunes Country Chart Following Chris Stapleton, Jimmie Allen, Lady A, and More“JD is one of our favorite new artists at CMT! He’s been part...

JD Shelburne Hits His Stride on New Album Straight from Kentucky: ‘I Feel Like It’s My Time’

"I truly believe persistence wins … and I feel like this album will get me over the hump," the country singer-songwriter tells PEOPLE Life has long been a waiting game for JD Shelburne. At 38 years old, the proud Kentucky native with the country music pedigree...

If you want to book JD Shelburne at your event, complete contact form.