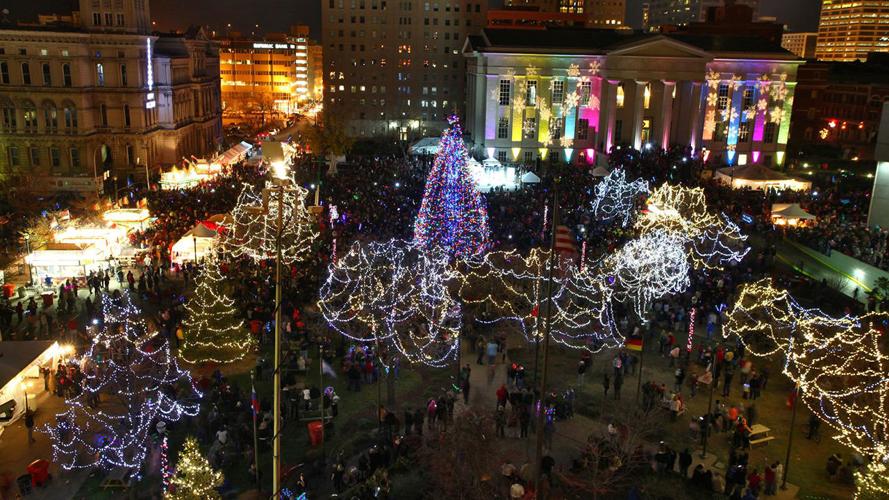 LOUISVILLE, Ky. — WLKY NEWS – One of the most popular events is returning to downtown Louisville to officially launch the holiday season.

Light Up Louisville, a beloved tradition, brings Old Saint Nick and thousands of Louisvillian’s in and around Jefferson Square Park the day after Thanksgiving.

“One of the things that’s so special about this event, it gives us all time to come together, spend time with our families,” said Natasha Collins of LG&E. “It’s something to look forward to, something to smile about and of course, it’s an opportunity to support our businesses downtown when we’re here enjoying the festivities.”

The experience features a 35-foot-tall Christmas tree, holiday crafts for kids, and live musical performances of your favorite Christmas carols by local artists like The Louisville Crashers and special guest JD Shelburne.

The highly anticipated Lots of Lights Parade will also be a part of the annual event, traveling down Jefferson to Fourth Street Live. But, it’s the grand fireworks show and Mayor Greg Fischer illuminating the city that solidifies the holiday season is in full swing.

“When you’re right in the middle of it and you’re looking over and you think boy, the entire city is here with their kids, that’s what it’s all about,” said Wayne Hettinger, event producer.

Light Up Louisville is also about giving with the event serving as a city-wide Toys for Tots drive.

It’s an opportunity for people to donate ahead of the mayor’s Dec. 2 toy drive event at Metro Hall, which this year is adding drop-off boxes at every Louisville fire station.

“Last year we stepped up and crossed our goal,” Fischer said. “We had almost 7,000 toys brought downtown during the 12-hour challenge, so our city really responded in a big way.”

As the city gears up to celebrate the spirit of the season, event organizers are confident it’ll be a safe one.

“Safety is always a factor with any event we do,” Hettinger said. “Obviously, we work with LMPD and all the other law enforcement and They’ve assured me everything’s in place and it’s going to be a safe event, there’s no doubt in my mind.”

WLKY is a proud media sponsor of Light Up Louisville.